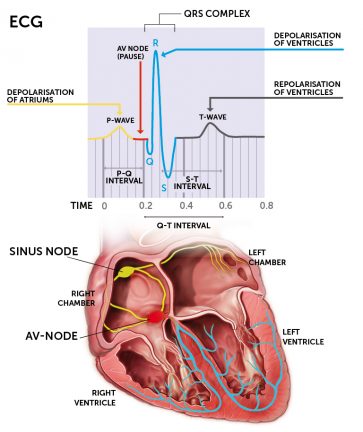 The condition is most commonly caused by an occlusive thrombus in a coronary vessel, resulting in complete occlusion of the oxygen supply in a part of the myocardium causing necrosis of the myocardium (death of cardiac muscle). The incidence of STEMI increases with age. Diagnosis is made based on symptoms,  12 lead ECG and blood tests. Cardiac markers, shown in the blood results, will rise a few hours after the infarction and remain high for 7-10 days. Echocardiography shows reduced movement in the ventricle as signs of ischaemia or necrosis and coronary angiography will indicate the degree of occlusion in the coronary arteries.

Tissue damage occurs in the first 4-6 hours after the chest pains begin. It is therefore important that the patient receives revascularisation therapy to open the narrowed blood vessels and to reduce the extent of damage to the myocardium. Delayed treatment increases morbidity and mortality. Fast hospital admission allows for revascularisation using primary percutaneous coronary intervention (PPCI) and this should be undertaken within 90 minutes of arrival at the hospital.

Revascularisation with percutaneous coronary intervention (PPCI) reopens an occluded coronary artery with a catheter. Both the radial artery and femoral artery are used as insertion sites for the catheter. The radial artery is associated with fewer complications, but is more technically demanding than the femoral artery. A balloon is inflated inside the occluded area of the artery, the vessel expands and a stent is inserted in the area, to keep the vessel open and to prevent further occlusion (NICE, 2013). 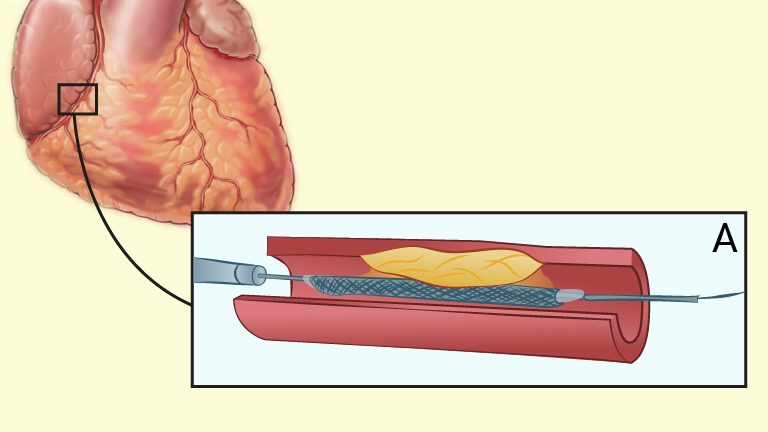 Firstly, a stent is placed in position with the help of a catheter, which has an empty balloon folded around it (A)... 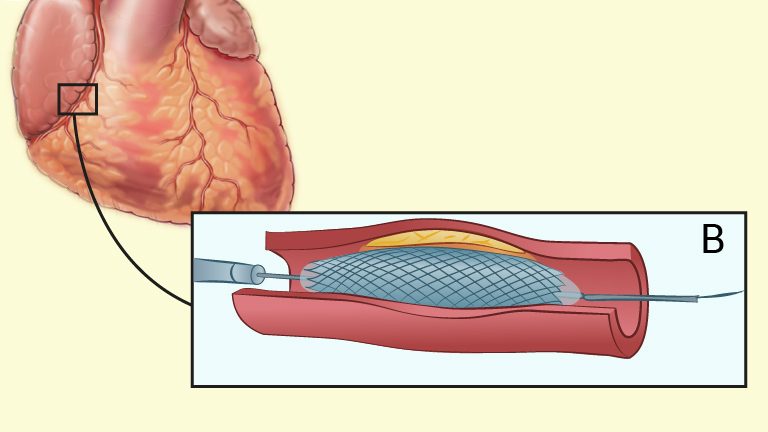 ...the balloon is then inflated and thus the stent is deployed in place (B).